That Tree was born in Triassic. So it grew up and swayed in the wind about 230 million years ago. Dinosaurs did not even exist at the time when the Tree was a «woody» tree. Only dinosaurs' ancestors joyfully ran about under its branches among ferns.

Actually, 230 million years ago the Earth was pretty different from present days. For example, there were only 2 continents – Laurasia and Gondwana – instead of 6. The air was different as well. We can’t be sure what exactly the Tree inhaled but it definitely enjoyed its life because it became very big and strong. Maybe it was even the chief-tree in its “tree settlement” =)

Some time passed before a volcano erupted in its neighborhood. Volcanic ash covered the Tree up to its ears. Suddenly the Tree found itself far below the ground. First, it just laid and relaxed there, thought about this and that, but after a while the transformation had begun. The air didn’t have access to the Tree, so its trunk did not decay like other trees. Instead, tiny particles of minerals from volcanic ash elbowed their way into the trunk and replaced the wood. Minerals are very interesting substances with a certain structure. Some of them grow in the heat of the Earth to be carried to its surface with lava flows, others come from stars. Sure, you know some minerals like amethyst, ruby, sapphire or jasper.

Minerals do not like to be in a hurry. Very slowly they found their way inside the Tree. Meanwhile dinosaurs arose on the Earth and explored the new land while the Tree lay deep below the surface being slowly petrified. Millions of years went by, the trunk cracked into few pieces and minerals replaced all the wood. Finally, the Tree was completely petrified and turned into the Stone.

Birds and fluffy mammals replaced the dinosaurs. Sabre-toothed squirrels and furry mammoths made their way through thick bushes sniffing around while the Stone Which Was The Tree still hided under the ground. And then human beings arose. They found the Tree and admired its beauty. They took the Tree home, cleaned and washed it and admired it even more.

Then we came into this story. When we saw the Tree we fell in love with it from the first sight and decided to bring it to Nepal. If the Earth were the same as it had been 230 million years ago, we could put the Tree on a train and it would have had nice railway journey from one part of Gondwana to another. But the Earth keeps changing and now it looks “slightly” different from Triassic. Meanwhile, Gondwana broke up into a few continents. That is why instead of the train trip the Tree was sailed from Madagascar to India and eventually arrived to Nepal.

The Tree has enjoyed its journey. And it has liked the Royal Penguin Boutique Hotel & Spa a lot. It is pleased with its new home and happy here among other beautiful and unique “creatures”. 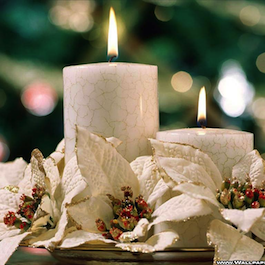